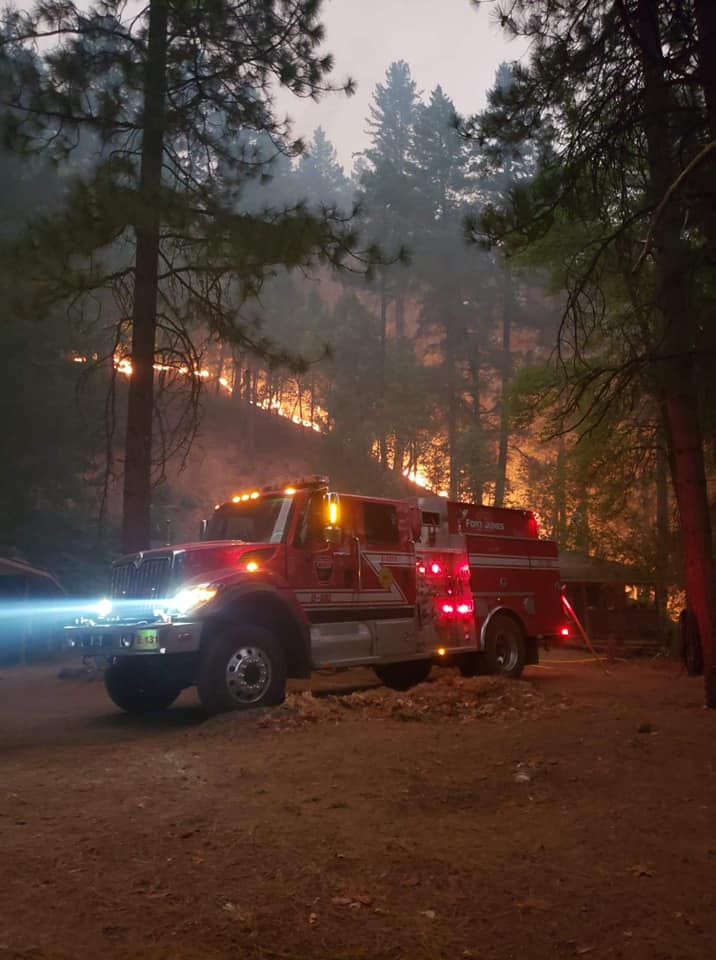 As of this morning, the McKinney Fire has grown to 60,044 acres and is 30% contained. Branch 5 (the section of the fire above Fort Jones) is still very hot, but Fire Behavior Analyst Dennis Burns said in this morning’s briefing, “We’re feeling pretty confident that we’re not going to see any progression of the fire out of this area.”

The weather today is expected to be hot and dry, though thunderstorms are a possibility.