The Town of Fort Jones is located within the northern part of Scott Valley surrounded by the Klamath Mountains to the west and the Cascade Mountain range to the east.

Fort Jones was established in October 1852, when Captain Edward H. Fitzgerald and the 1st Dragoons began construction of a fort located near the current community of Fort Jones. The fort was established to protect settlers in far-northern California and southern Oregon from Rogue River Indian raids. The fort was operational until June 1858 when it was evacuated. By 1900 the fort was thoroughly dilapidated. Today only a historical marker is evidence that the fort ever existed. Initially mining and trapping were the major activities in the area. Agriculture and timber production followed, as the area became more accessible and mining activity declined. Today, the area has become an attractive place to reside, especially for retired families due to the small community environment and scenic views.

To learn more about the history of Fort Jones and to see one of the finest Shasta basket collections in northern California, plan your visit to the Fort Jones Museum at http://www.fortjonesmuseum.com/ 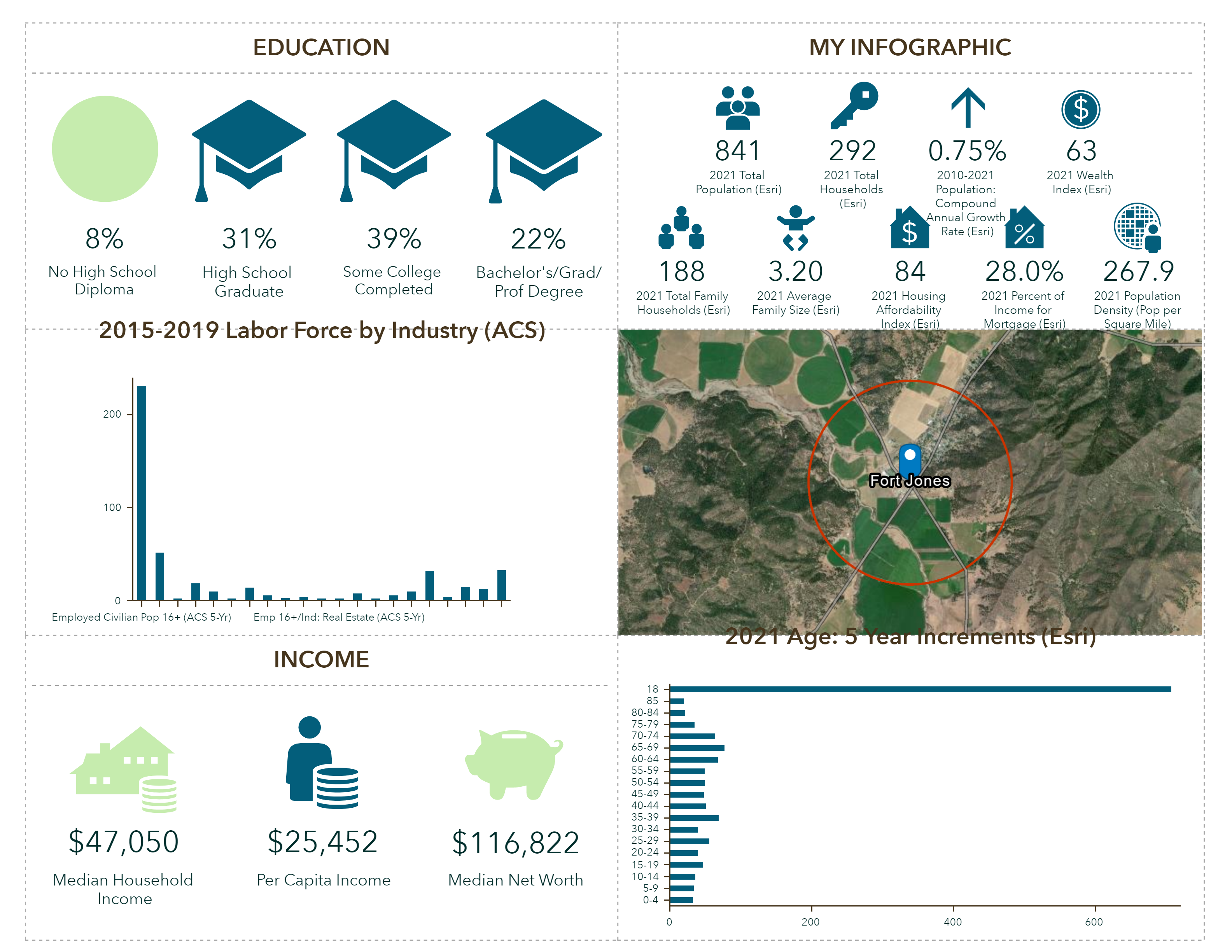 Have you ever wondered who lives and works here in Fort Jones? We used to be a logging town, and a gold mining town before that. But what kind of community are we now? It's time to find out! Learn about the people of Fort Jones and the surrounding area with this interactive infographic built from census data. Courtesy of Siskiyou Economic Development Council.

Weather in Town of Fort Jones